Montreal Police Constable Stephanie Trudeau is, as evidenced by her own actions, a thug. She makes the tradition of RCMP Constable Geoff Mantler proud.

As is the style of so many police constables today, she is known primarily through her badge number, 728.  Constable 728’s primary goal in any interaction with we mere citizens is to ensure our immediate and complete surrender.

Constable Trudeau’s current problems stem from a “overly aggressive arrest” of Serge Lavoie in 2012.  The real issue for Trudeau is that she was caught on video “forcefully arresting” and assaulting Lavoie.  She clearly learned nothing from Geoff Mantler’s case.

Before assaulting mere citizens, ensure nobody is recording you. 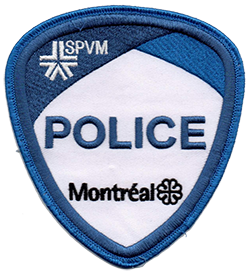 Constable Stephanie Trudeau’s actions after the assault were so atrocious the Montreal Police held a press conference specifically condemning her actions and subsequent vulgar description of the events.

“Some people are questioning the words that she’s using, the fact that she’s very rude,” said Commander Ian Lafreniere.

“The fact is that as an officer no one can be proud of what she’s doing.”

That condemnation is as strongly worded as I’ve ever seen. It is well earned.

The standard response to allegations of police brutality is placing the accused on a paid vacation.  True to form, Constable Trudeau was suspended with pay on October 2, 2013.

Yeah, that will teach her a lesson, won’t it?

At least this time she was prohibited from possessing firearms during her paid vacation.  That’s probably a first.

Interestingly, she was also ordered to stay away from any member of the Montreal Police Force.  She is also forbidden from visiting the police union office unless accompanied by her lawyer.

At her court hearing Trudeau agreed to “keep the peace” and undergo a 15-day psychiatric evaluation. Her handcuffs were then removed and she was taken to Sherbrooke Hospital.

This is not the first time Constable Stephanie Trudeau aka “Constable 728” made headlines.  She rose to internet fame after pepper spraying innocent people at a protest earlier in 2012.

Captured on video, not once but twice she attacks unarmed and defenseless people whose only “crime” is to be standing too close to this loose cannon.  Even the cameraman capturing her atrocious actions on video was pepper sprayed repeatedly.

The YouTube video, titled “Constable 728: A Star is Born” has over 747,000 views.  It shows very clearly a police constable out of control.

After the video came to the attention of her superiors Constable Stephanie Trudeau was placed on desk duty, and then suspended.

News reports claim Constable Trudeau is “crying a lot” and that it is “very hard for her, what she sees and hears in the media.”

Call me insensitive, but all I have to say about Constable Trudeau’s poor hurt feelings is this:

Tough.  You deserve no sympathy from we mere citizens of Canada.

Your own actions put you in this position.  You have nobody to blame but the thug you view in the mirror each day.  Had you acted like a human being instead of a common bully none of this would be happening.

Now all that remains is for this thug to be fired from the Montreal Police Force.

Cops like this give thousands of honourable police men and women a very bad name.

Police brutality is no joke and until police forces across this nation take this problem seriously good police men and women will continue to be painted with the same thuggish brush Constable Stephanie Trudeau earned herself.