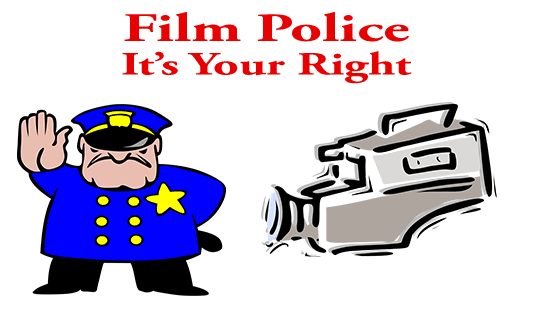 It is legal to videotape police doing their job, even when they don’t like it. This is true on both sides of the border. The trouble is that while video-recording is legal, police still seize cameras and harass mere citizens even though those citizens have committed no crimes.

It’s a completely bogus charge and even the thuggish Barboza knows it.

Barboza released George Thompson from jail but kept his cell phone. Two days later all video on the phone vanished, but according to the police they had nothing to do with the deletions. Just ask them. That’s exactly what they’ll tell you.

They readily admit the phone was in their custody when the video “vanished”, but deny they had anything to do with it.

“If a Fall River police officer erased that video, he’s fired. And I would suspect the district attorney would take out charges.”

While that makes a great sound byte, the reality of this case is likely very different.

As we know from far too many bad experiences with the RCMP, when police investigate themselves there is very rarely any misconduct found.

George Thompson, like me, is not holding out much hope anything will come of this investigation.

“They’re investigating themselves and there’s a code of blue and everybody knows that.”

We mere citizens can’t compete with the Code of Blue.

Can you say “Civilian Oversight?”