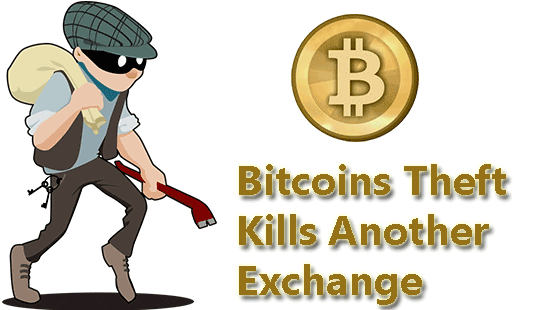 A few days ago I wrote an article about the failure of the world’s largest Bitcoins exchange, Mt. Gox, titled “Bitcoins Gold Rush Goes Bust”. In that article I warned this wouldn’t be the last exchange to go down, that in fact it was just the first of many.

If you invested in Bitcoins you had best dump this infatuation while it still holds some value and before other exchanges follow Mt. Gox’s footsteps.

It took only days for that prediction to come true.

On March 2nd 2014 Flexcoin was attacked and robbed of all coins in the hot wallet. The attacker made off with 896 BTC, dividing them into these two addresses:

As Flexcoin does not have the resources, assets, or otherwise to come back from this loss, we are closing our doors immediately.

Within hours of the announcement of Flexcoin’s closure due to bitcoin theft, word that BitStamp, another one of the world’s largest Bitcoins exchanges, had halted customer withdrawals from its site spread like wildfire across the internet.

Bitstamp’s exchange software is extremely cautious concerning Bitcoin transactions. Currently it has suspended processing Bitcoin withdrawals due to inconsistent results reported by our bitcoind wallet, caused by a denial-of-service attack using transaction malleability to temporarily disrupt balance checking. As such, Bitcoin withdrawal and deposit processing will be suspended temporarily until a software fix is issued.

No funds have been lost and no funds are at risk.

This is a denial-of-service attack made possible by some misunderstandings in Bitcoin wallet implementations. These misunderstandings have simple solutions that are being implemented as we speak, and we’re confident everything will be back to normal shortly.

Withdrawals which failed on the 10th and 11th of February will be canceled and the amounts added back to the customer account balances.

We will communicate any further developments regarding this issue.

Thank you for your understanding!

Bitcoins are not money. They are a volatile stock that its so-called owners do not control.

If you “own it” but can’t sell it, can’t withdraw it, and can’t give it away it’s not yours in the first place.