The priorities of the Royal Canadian Mounted Police (RCMP) are screwed up.

You may think tracking down child pornographers might be a bigger priority for RCMP investigators but I suspect you would be wrong. The RCMP seems far more intent on tracking down law-abiding gun owners and building files on them instead.

In 2013 and 2013, for example, the RCMP spent $1 million on their “Firearms Internet Investigative Support Unit”.

What’s that, you ask?  It’s an RCMP unit comprised of one RCMP sergeant and 6 civilian employees whose sole job is to troll the internet and track what certain Canadians are saying, doing and thinking.

We’ve committed no crimes, nor will we.

We mere citizens have the audacity, however, to own private property the RCMP deems unacceptable.

Canadian firearm owners, the legal ones who take the safety courses, pass RCMP background checks and receive spousal support for their firearm license application, are the most law-abiding segment of society.   Collectively we own millions of firearms yet we harm nobody.

We are a threat to nobody.  I can say that with certainty because the RCMP themselves “permit” us to own firearms.  They stamped “Approved” on our firearm license applications and sent us on our way to be checked up on continuously by Chief Firearms Officers and other RCMP entities like the “Firearms Internet Investigative Support Unit”, supposedly to enhance public safety. 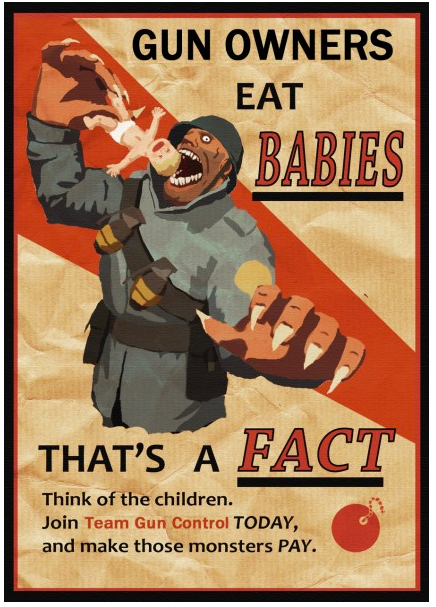 All because we dare own firearms.

If we’re so dangerous why were we issued firearms licenses in the first place?

Clearly we are not dangerous.

We are no threat to anyone.  Anyone, that is, except the RCMP bureaucrats who believe firearms in the hands of good people is a bad thing.

To those folks we’re far worse than any child molester, serial rapist or murderer.

(I can’t wait to send in my firearms license renewal application!  Their file on me must be pretty thick by now and I’m sure this article won’t help my case.)

Just this week the RCMP turned thousands of Canadian gun owners into criminals when they arbitrarily reclassified 2 firearms from Non-Restricted (anyone can own one and take it to the shooting range or out to the woods shooting) to Prohibited (you can ONLY take it to a shooting range IF you can get an Authorization to Transport it).

Anyone who owns the CZ-858 manufactured after 2006 or the Swiss Arms Classic Green rifles is now a criminal in possession of a prohibited firearm despite the fact each and every person purchased these firearms legally for the past decade.

Each and every one of those licensed firearm owners are all now liable for up to 10 years in prison (Criminal Code Section 92-2) for possessing a rifle the RCMP “allowed” them to purchase legally.

For what it’s worth, and that value has yet to be determined, Public Safety Minister Steven Blaney is “troubled” that unelected and unaccountable RCMP bureaucrats keep pulling this crap.  In a statement issued on February 29, 2014 he wrote:

Conservatives have always stood up for law-abiding gun owners.

That’s why I was troubled to learn of a decision made by unelected bureaucrats to prohibit a number of rifles imported from Switzerland.

I want to assure you that I will not let law-abiding gun owners suffer as a result of this situation.

These now “prohibited” firearms had been classified as non-restricted for more than a decade. The RCMP has no idea how many of these rifles exist, and they have not announced any plan on how to deal with those who purchased these firearms lawfully.

I want to assure you all options are on the table to fix this situation. I will also be taking steps to make sure this never happens again.

The actions of these bureaucrats are absolutely unacceptable and I will be announcing concrete measures in the coming days.

Our Conservative Government is on your side — and we will always stand up for the rights of law-abiding firearms owners.

Thank you once again for your years of loyal support.

While it is refreshing to see Steven Blaney come out so strongly against this arbitrary criminal creation the real definition of the Conservatives having “always stood up for law-abiding gun owners” is defined by what Blaney actually does on this issue.

Unless he orders the RCMP to reverse these firearm re-classifications immediately his words will be meaningless.

If he merely offers compensation for these firearms and allows the RCMP bureaucrats to order their destruction then we will know exactly where the Conservative government stands in relation to law-abiding Canadian gun owners: with the RCMP and their unelected and unaccountable anti-gun bureaucrats.

Standing up for law-abiding gun owners means stopping the RCMP’s attacks on us.  Period.

The Harper government and Minister of Public Safety Steven Blaney specifically must take control of these RCMP bureaucrats immediately.

So far that hasn’t happened.

The High River gun confiscation fiasco was never resolved to anyone’s satisfaction, except maybe the RCMP’s.  No heads rolled, nobody lost their jobs for violating the Rights and Freedoms of Canadians.  It is business as usual as far as the RCMP is concerned and law-abiding Canadian gun owners are understandably fearful.

At any given moment we can be turned into a criminal with the potential to spend years in prison even though we’ve followed every rule, obeyed every law and jumped through every hoop asked of us, all at the whim of some nameless and faceless RCMP bureaucrat.

That is what’s unacceptable.