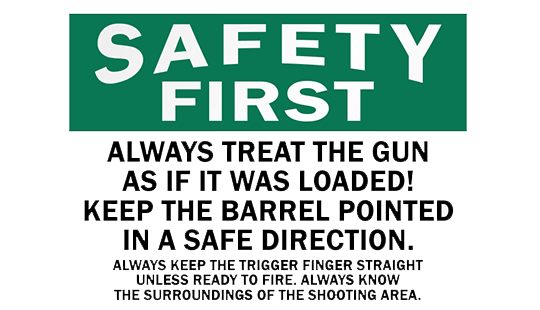 If you’re going to stick a gun in your pants you better know how to remove it safely!  That’s a lesson William Rood of Elizabethton, Tennessee, won’t soon forget, I’m sure.

William carried a .25 calibre Beretta pistol (prohibited in Canada, of course) in his front pants pocket.  As he got undressed on the evening of January 12, 2014, he failed to deal with his handgun properly.

What he did manage to do is shoot himself in the face.

When he took off his pants and put them on the top of his dresser he obviously (but unknowingly) had a digit inside the trigger guard of the handgun.  As he placed his pants on the dresser the gun “went off” if you are to believe the news report written by Nadine Kalinauskas, and the bullet hit him in the face.

As most of us know, guns don’t just “go off” without help from an outside force usually referred to as human beings.

Deputy David Caldwell of the Carter County Sheriff’s Department responded to the 911 call and found William bleeding from his nose and mouth.  The bullet was still in William’s neck as he was taken off to hospital, where he is expected to make a full recovery from his self-inflicted wound.

The two Firearm Safety Rules that prevent disasters like this are really quite simple.

1. Keep your finger off the trigger until you are ready to shoot.

2. Always point the muzzle in a safe direction.

And if you’re going to carry your loaded firearm in your pants pocket then be sure to remove it safely before taking your pants off.