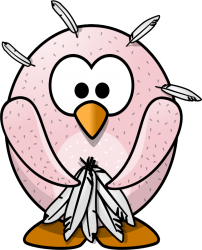 Is it unreasonable to think your personal, private medical records would remain, well, private? No, it is not. The Canadian Government, however, is not acting reasonably, as one unfortunate woman discovered as she tried to visit the United States to attend a March of Dimes cruise.

Ellen Richardson, a 50-year-old disabled woman, was refused entry into the United States by the U.S. Department of Homeland Security (DHS) because she had “mental health issues” in 2012.

“I was turned away, I was told, because I had a hospitalization in the summer of 2012 for clinical depression.’’ A U.S. Customs and Border Protection agent “cited the U.S. Immigration and Nationality Act, Section 212, which denies entry to people who have had a physical or mental disorder that may pose a ‘threat to the property, safety or welfare’’ of themselves or others.”

The only way the DHS could possibly know about her hospitalization for depression is if the Canadian government told them. That our government routinely hands over personal and private information on Canadian citizens to a foreign government out to scare the crap out of each and every one of us.

MPP France Gelinas (Nickel Belt) and MP Mike Sullivan (York South-West) both sent formal letters to the respective provincial and federal privacy commissioners to find out how Ellen Richardson’s health information was given to the U.S. Department of Homeland Security.

They have not received an answer as of the date of this article.

Ryan Fritsch, a human rights lawyer in Toronto who has been a co-chair of Ontario Mental Health Police Record Coalition says he finds situations like the one Richardson faced at the airport very distressing.

“It breaks my heart. This has a chilling effect on people reaching out for help. People start to think, well, next time I’m not going to make the call – the call for help,” he said, because there will be a record of that call and it could get into a police database.

“Looking at it another way, why would a person living with and receiving adequate support for a mental health issues be treated differently than someone with a physical ailment? Would someone with cancer be stopped at the border and denied entry?”

Richardson has also launched a claim with her insurance company, Ingle International, to get a refund. Although she’s already been told that “being denied boarding is not a covered risk” under the policy, spokeswoman Amber Robinson said the company will be reviewing the claim.

“Hopefully, we’ll be able to assist Ms. Richardson in some way,” she said.

While that is admirable of Ingle International, it is the Canadian government who should be covering the costs of Ms Richardson’s lost trip. After all, they are the ones, it would appear, who violated her Right to Privacy and shared her personal information with a foreign government.