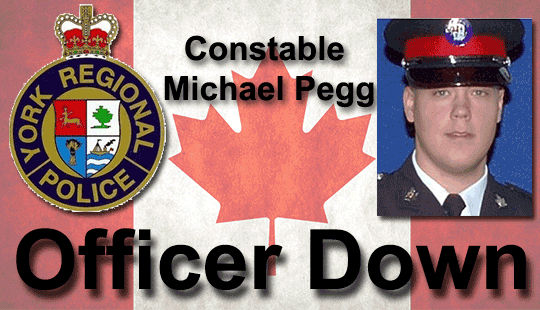 Constable Michael Pegg succumbed as the result of complications from a training accident he was involved in on November 12th, 2013.

Constable Pegg was at the agency’s training facility in Vaughan when he broke his leg. He underwent surgery for the injury three days later but developed complications. He remained in the hospital until succumbing to his injuries.

Constable Pegg had served with the York Regional Police Service for 10 years and was assigned to the Air Support Unit as a tactical flight officer.