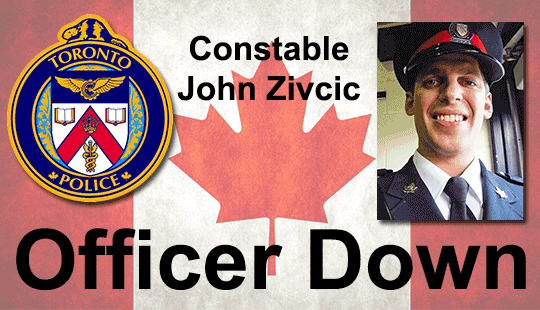 Constable John Zivcic succumbed to injuries sustained two days earlier when he was involved in a vehicle crash at the intersection of Bloor Street West and Neilson Drive while responding to a call.

After the initial collision, his vehicle struck a tree and he was ejected. He was transported to a local hospital where he remained until passing away. Constable Zivcic had served with the Toronto Police Service for six years.

He is survived by his mother, brother, and sister.