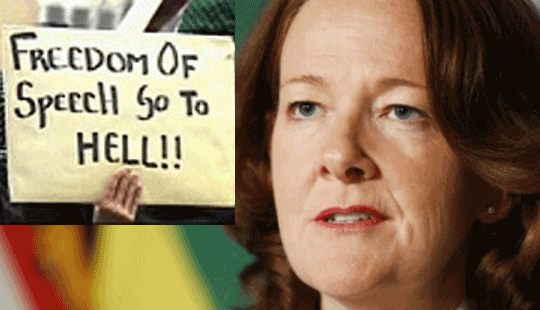 Unions have an astonishing amount of power in today’s society. There is no doubt about that.

The way to deal with militant unions is not, however, to strip union members of their Right to Freedom of Speech. Bill 45, titled the Public Service Services Continuation Act (view PDF), does a lot more than simply “continue” public services.

Stuffed inside this bill are some very odious wording that directly attacks the Right to Freedom of Speech supposedly guaranteed to every Canadian, regardless of which province they reside.

First, Bill 45 overrides both the Labour Relations Code and the Public Service Employee Relations Act. This is no small thing.

3(1) If there is a conflict between this Act and any provision of the Labour Relations Code or the Public Service Employee Relations Act, this Act prevails to the extent of the conflict.

Section 4 is the really “interesting” section, however.

As is standard practice when it comes to writing government legislation today, the onus is on the accused to prove they did NOT do something. This flies in the face of our Right to be presumed innocent, but that doesn’t stop governments at every level from continuing this abusive trend.

Section 10 requires the union to prove they did not provoke, instruct or otherwise encourage union members to strike or even talk about striking.

Section 8 specifies the penalty for breaking Section 4 and it’s a whopper. A fine of 1 million dollars per day will be levied against the union.

(8) The amounts to be paid into Court under an abatement order are $1 000 000 for each day or partial
day on which a strike threat or a strike occurs or continues.

That sends a strong message about Freedom of Speech, doesn’t it?

It’s yours, but only if you can afford it.

I’m no fan of public sector unions and their ongoing attacks on the pocketbooks of we mere citizens who must pay their wages, but this is the wrong way to deal with union militancy.