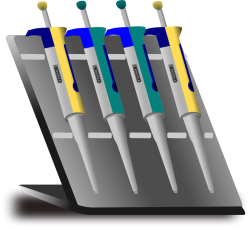 For a “conservative” government Stephen Harper’s Conservatives continue to prove they don’t know the meaning of the word. Justice Minister Peter MacKay spoke publicly about the issue of forcing people to provide DNA samples upon arrest and he thinks it’s a good idea.

“I know there’s always privacy considerations in the backdrop to this and it has to be balanced in the bigger picture. But I think that, you know, the timing of the taking of DNA is something that could very well emerge in the future as another issue of importance.”

“Right now we’re limited to taking it on conviction. It could be expanded to take on arrest, like a fingerprint. I maintain that, you know, a genetic fingerprint is no different and could be used in my view as an investigative tool.”

This is what I like to call a “trial balloon” much like that floated by former Public Safety Minister Vic Toews when he attempted to get Bill C-30, the bill designed to force Internet Service Providers to hand over private information about their subscribers, passed.

The public outcry and pushback was immediate and intense, forcing Toews and the Conservative government to cancel the bill entirely.

Those who believe our Rights and Freedoms mean something tangible obviously are against such a move by our government. The justification that “if you’ve done nothing wrong you’ve got nothing to hide” is retarded, as innocent people should not be forced to hand over the most personal thing about them, their DNA, without a good and compelling reason. Simply being arrested is no such reason.

Were Canada to go down this road, can you imagine the nightmare (or Orwellian Dream) the mass arrests of protesters such as those at the Toronto G8 conference would be?

Once again the rationalization for this comes from south of the border, where the US Supreme Court has already upheld taking DNA samples from those arrested for “serious” crimes. The definition of serious is, naturally, up to whoever writes the laws or the legal decisions.

Here in Canada lawyer Solomon Friedman made it quite clear that this is not about identifying an individual, but about connecting individuals to unsolved crimes.

“We take fingerprints from people when they’re arrested. This is just the same,” said Brian Lilley on his Sun News Network show Byline.

“I think that line of reasoning ends right there. You take fingerprints from people to identify them. Well, you already have their fingerprints. There’s no danger that someone else is going to claim they’re that person. That has nothing to do with the collection of DNA. The purpose of the collection of DNA is quite simple: it’s to try and solve old files. In other words, it’s to try and get evidence against that person who is in custody, not convicted, by use of their DNA records. That’s problematic.”

If you believe, as I do, that taking DNA samples from individuals who have yet to be convicted of any crime is offensive to our Charter Right to be Free from Unreasonable Search and Seizure, then I urge you to write to Justice Minister Peter MacKay, Solicitor General Steven Blaney and Prime Minister Stephen Harper today.

Demand they put an end to this abuse of our Charter Right against unreasonable search and seizure immediately.

Charter of Rights and Freedoms Section 8:

Everyone has the right to be secure against unreasonable search or seizure.