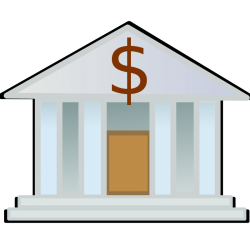 One year ago the island state of Cypress stole money from its citizens and gave it to major bank, one of which folded anyway. Calling the theft “a necessary measure” to keep the state economically viable, politicians rewarded the very institutions responsible for the economic crisis gripping the tiny nation.

The banks will do anything to avoid the consequences of their own selfish acts and if that means stealing the bank accounts of mere citizens, well, that is precisely what they will do.

Since the political backlash from such a massive theft was so minimal, bankers in other nations are taking their cue from Cypress and lobbying politicians to steal from the bank accounts of “large deposit holders” on the premise that if you’ve been successful and earned a lot of money you must be punished for that success.

Cypress politicians stole over 10.6 billion Euros (yes, that’s with a “B”) from its citizens and handed it over to the banks. That level of government theft is astounding and unprecedented.

And it’s now being repeated elsewhere in the world.

Italy, Poland and New Zealand have all begun the process of stealing from productive citizens and handing that money over to their major banks.

Canada’s “Economic Action Plan 2013” specifically contains a provision for the Government of Canada to steal money from your bank account and give it to this nation’s major banks.

“This new budget actually proposes to implement a ‘bail-in’ regime for systemically important banks’ in Canada,” financial expert Michael Snyder wrote on The Economic Collapse Blog in his article “Cyprus-Style Wealth Confiscation Is Now Starting To Happen All Over The Globe.”

Now that “bail-ins” have become accepted practice all over the planet, no bank account and no pension fund will ever be 100% safe again. In fact, Cyprus-style wealth confiscation is already starting to happen all around the world. As you will read about below, private pension funds were just raided by the government in Poland, and a “bail-in” is being organized for one of the largest banks in Italy.

Unfortunately, this is just the beginning. The precedent that was set in Cyprus is being used as a template for establishing bail-in procedures in New Zealand, Canada and all over Europe. It is only a matter of time before we see this exact same type of thing happen in the United States as well. From now on, anyone that keeps a large amount of money in any single bank account or retirement fund is being incredibly foolish.

Mr. Snyder provides examples from numerous nations around the world and then explains the situation for we “mere citizens” of Canada.

Incredibly, even Canada is moving toward adopting these “bank bail-ins”. In a previous article, I explained that “bail-ins” were even part of the new Canadian government budget…

Cyprus-style “bail-ins” are actually proposed in the new Canadian government budget. When I first heard about this I was quite skeptical, so I went and looked it up for myself. And guess what? It is right there in black and white on pages 144 and 145 of “Economic Action Plan 2013” which the Harper government has already submitted to the House of Commons. This new budget actually proposes “to implement a ‘bail-in’ regime for systemically important banks” in Canada. “Economic Action Plan 2013” was submitted on March 21st, which means that this “bail-in regime” was likely being planned long before the crisis in Cyprus ever erupted.

So what does all of this mean for us?

It means that the governments of the world are eyeing our money as part of the solution to any future failures of major banks.

As a result, there is no longer any truly “safe” place to put your money.

One of the best ways to protect yourself is to spread your money around. In other words, don’t put all of your eggs in one basket. If you have your money a bunch of different places, it is going to be much harder for the government to grab it all.

But if you don’t listen to the warnings and you continue to keep all of your wealth in one giant pile somewhere, don’t be surprised when you get wiped out in a single moment someday.

I’m no fan of the Liberal Party of Canada, but you can rest assured they will NOT repeal this should Shiny Pony and his party win the next federal election.

When so-called “conservatives” decide stealing from its citizens is acceptable, there are no conservatives principles left in the corridors of power. The Conservative Party of Canada has, with the introduction of “Economic Action Plan 2013” proven they are conservative-in-name-only.

This does not bode well for Canada.

If you find the idea of stealing money from the personal bank accounts of Canadians to finance the failures of big bank abhorrent then I urge you to write and call Prime Minister Stephen Harper, Finance Minister Jim Flaherty and your own local Member of Parliament and make it clear their newfound path is… unacceptable.

To find your own Member of Parliament’s contact information please visit:

Let me assure you, the following excerpt from Canada’s Economic Action Plan 2013 is NOT for your own good, but the banks Stephen Harper and Jim Flaherty support.

Canada’s large banks are a source of strength for the Canadian economy. Our large banks have become increasingly successful in international
markets, creating jobs at home.

The Government also recognizes the need to manage the risks associated with systemically important banks—those banks whose distress or failure could cause a disruption to the financial system and, in turn, negative impacts on the economy. This requires strong prudential oversight and a robust set of options for resolving these institutions without the use of taxpayer funds, in the unlikely event that one becomes non-viable.

The Government intends to implement a comprehensive risk management framework for Canada’s systemically important banks. This framework will be consistent with reforms in other countries and key international standards, such as the Financial Stability Board’s Key Attributes of Effective Resolution Regimes for Financial Institutions, and will work alongside the existing Canadian regulatory capital regime. The risk management framework will include the following elements:

This risk management framework will limit the unfair advantage that could be gained by Canada’s systemically important banks through the mistaken belief by investors and other market participants that these institutions are ? too big to fail.