I received the following newspaper clipping via email the other day.  It perfectly describes the problem of mass shooters and a possible (and very creative) solution to them.  I must admit I enjoyed writer Peter Burkett’s logic and what I enjoyed most was the knowledge that anti-gun zealots will undoubtedly weep, wail and gnash their teeth over because his facts are unassailable.  As Wayne Lapierre said of Bill Clinton over a decade ago, Democrats require dead bodies on the ground in order to pass their anti-gun legislation.

“I’ve come to believe he needs a certain level of violence in this country,” LaPierre told ABC News on the March 15, 2000 episode of Nightline. “He’s willing to accept a certain level of killing to further his political agenda. And the vice president, too. I mean, how else can you explain this dishonesty we get out of the administration?” 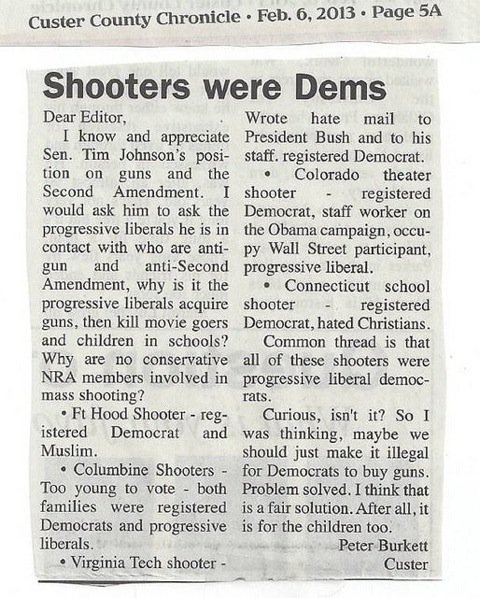