I’m reluctant to even write about this because as that old advertising maxim goes, any public mention of a product is a good thing. 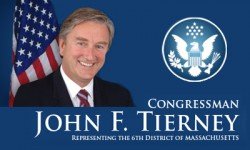 This gained wider notoriety when moronic Congressman John F. Tierney introduced a bill to Congress after watching the latest James Bond film.  He actually said this is where he got the idea for his bill from… which doesn’t say much for his intellect.

The Personalized Handgun Safety Act of 2013 (H.R. 2005) (download PDF) would “mandate that all newly manufactured handguns are ‘personalized’ within two years, presenting a modern day solution to the persistent problem of gun violence.”

If this actually becomes law, which I highly doubt, it would have the unintended consequences of making every firearm without this technology far more valuable, not to mention desirable.

This democrat dolt jumped onto the “public health crisis” bandwagon with gusto, which equates the rampant criminal misuse of firearms with a disease.  (I suppose he’s right, stupidity is part of the human condition and comes in our DNA, just like hair and eye color!)

Even before this guy clamoured for “one more law” to make murder “more” illegal than it already is, companies were attempting to create this technology.

One company, after failing miserably to gain any investors for prototype “smart gun” decided to try crowdfunding as a way of getting their asinine idea off the ground. 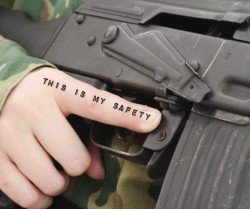 That no investors were willing to back the idea really ought to say all that needs saying about this, the folks at Georgia-based Safe Gun Technology (SGTi) is putting the crowdfunding website IndieGoGo.com to the test.  They’ve launched a “Fund Safe Guns” project on the site in hopes of gaining what actual investors panned on… giving the company $50,000 to build an “assault-style rifle” with its existing fingerprint biometrics technology.

Should they be successful with this they would introduce handgun and shotgun prototypes shortly after.

Their attempt at crowdfunding is, so far, massively successful.  They’ve raised over $1,600 so far and have 2 weeks to go to make their deadline.  (Yes, I was kidding.)

Clearly the general public thinks this idea has about as much chance as Hillary Clinton actually telling the truth about the Benghazi attack she, for weeks, blamed on a stupid video.

This tech already exists to a degree.  At the New Jersey Institute of Technology (NJIT), for example, some campus police already carry firearms that prevent “unauthorized use” by disabling the trigger mechanism.

Advocates of this technology point out pretty fast that their systems are not the magic pill gun control advocates want, and that they likely wouldn’t prevent atrocities like the Sandy Hook massacre of 26 people last December.

“It is important to understand that these criminal acts have been perpetrated by authorized users with legally purchased firearms, and nothing in our technology would have stopped these killings,” said Donald H. Sebastian, NJIT’s senior vice president for research and development.