A group in the United States that calls itself the Commission on the Theft of American Intellectual Property released a massive tome on internet piracy on May 22, 2013.  Their report proves just how disconnected from reality these folks are.  It’s mind-boggling, even from a “progressive” standpoint!

First Hollywood tried claiming copyright for a film they neither created nor own the rights to.  I wrote about this in “Hollywood’s ‘Anti-Piracy’ Hypocrisy” where the big Hollywood studios requested Google to take down links to the film “TPB-AFK (The Pirate Bay – Away From Keyboard)” because those links were violating the intellectual property rights of the studios.

Documentary Filmmaker and the Director of TPB-AFK, Simon Klose, disagreed with Hollywood, to put it mildly and posted a video in response to their illegal actions demanding they cease and desist.  Hollywood had no response, of course. 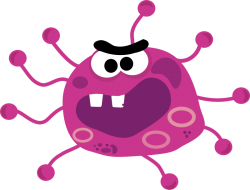 That brings is to the dim bulbs at The Commission… and their 89-page report on how to solve internet piracy.

I’ll quote Jose Vilches’ Techspot article as it gives an excellent overview of where these folks want to go, and how it will affect each and every one of us through the age-old and timeless concept of “Unintended Consequences”.

In a new example of the entertainment industry’s disconnect with reality and their overreaching tactics, an anti-piracy group known as the Commission on the Theft of American Intellectual Property has issued a 89-page report in which they cite billions of dollars in losses, and suggest a wide variety of measures to combat this nuisance — like legalizing the use of malware to punish suspected offenders.

The group says that copyright holders should be allowed to take more assertive action against intellectual property thieves. And though they start off with seemingly reasonable requests like allowing a file to be rendered inaccessible if the user gained access to it illegally, it quickly scales to something resembling ramsomware.

The scheme calls for software to be pre-installed on users’ computers to identify whether they are illegally copying, storing or consuming copyrighted content. From there a number of scenarios are proposed, such as locking down your computer up and taking all your files hostage until you contact law enforcement to face the consequences. This is supposed to “stabilize a cyber incident” and provide time to gather evidence against you.

That’s just scratching the surface, though. More drastic measures mentioned in the report include the ability to infiltrate a network to retrieve or destroy the stolen files, snapping a picture of the offender using his or her webcam, and even physically disabling or destroying the hacker’s own computer or network. None of this is currently permitted under US law but the commission would like to see that amended to allow defensive action.

It should be mentioned that the report has a strong focus on foreign threats and goes beyond just piracy by attempting to thwart hacking and economic espionage on US companies. The problem — aside from giving the entertainment industry an unprecedented amount of power — is that it doesn’t draw a clear distinction between the theft of corporate trade secrets and more casual piracy such as torrenting a TV show or movie.

If you would like to wade through the commission’s report you can certainly do so… if for no other reason that to see what these folks would like to do to both you and your computer in the event you take some action they deem offensive.

Personally, I deem anyone who believes they have the right to invade my personal computer, disable or wreck it for any reason as a criminal, pure and simple.  And anyone who is so utterly stupid as to believe they can “control” a virus is clearly not someone who should be in charge of anything more dangerous than their morning bowl of cereal.