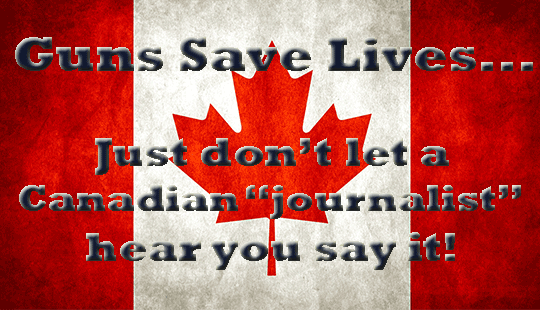 When a columnist claims to know something about firearms, as David Foote most recently did in “Fewer guns make a saver (sic) community, agues (sic) columnist” on 27 May 2013, but cannot even get the calibre right on a firearm that he supposedly owned, it is difficult indeed to give credence to anything which follows. There has never been a “306” caliber to the best of my knowledge, and I’ve been using firearms in uniformed service to this Country, and privately, for four decades. The Lee Enfield was produced primarily in .303 calibre.

If handguns only have “two purposes in life” as Mr Foote opines, then millions must be defective, as remarkably few have been used to “kill as used by an officer of the law“. That includes all of those with which many friends, colleagues, and I have been issued, and all of those that we have owned privately.

Handguns are defensive weapons, which police most definitely do not carry for the purpose of killing. They carry them to protect their own lives and the lives of citizens who may require armed assistance; in most cases, effective armed defence does not even require that a shot be fired.

Those irrationally opposed to any or all forms of private firearms ownership, as Mr Foote is, often claim that there is no “need for any Canadian, other than law enforcement or the military to have a hand gun“.

This is an empty argument. Since when did any citizen of a free society have to prove a “need”, beyond “I want one”, to own anything? Look at all of the cars on the roads today. Very few people could prove a genuine “need” for one, especially huge gas-guzzlers capable of driving at over twice the maximum speed limit anywhere in this Country.

If Mr Foote seeks to limit my freedom to purchase things that I find desireable, then I claim the right to wander through his house and similarly eliminate those items that he cannot justify based upon a “need” in return.

He would be left with simple shelter, a heat source, plumbing, food storage and cooking appliances and related implements, and some basic clothing and bedding – and even much of that could be considered luxury.

Mr Foote goes on to state that “anyone caught with an unregistered (to them) restricted weapon” should suffer a “mandatory five-year jail term”. As neither non-registration nor registration are indications of criminal intent or guilt or the absence thereof, such simple possession does not constitute a real crime, just nothing more than a lack of a piece of paper.

An argument for penalties for the use of a firearm in the commission of a crime can be made, but even that is weak. A crime is a crime, and the implement used to commit it is really irrelevant. Does it matter if somebody is shot or stabbed to death, rather than being strangled? Should a strangler do less time than a shooter or stabber? The crime – murder, rape, robbery, assault, etcetera is all that should count.

That Mr and Mrs Dagenais “may still be alive today” had they had access to the best method of self-protection anywhere is anything but “a stretch that just wouldn’t work”. Thousands of people successfully defend themselves against two- and four-footed predators annually. That seldom makes headlines, as shots do not often need to be fired.

“Crook thinks twice; runs away” stories won’t sell papers, but that does not mean that such stories do not happen. No, there is no guarantee that possession of a defensive firearm will save one’s life every time. There is no guarantee that a seatbelt or a smoke detector will do so either – but suggesting that that negates the wisdom of using them is similarly ludicrous.

Suggesting that Len Miller would “want every household in Canada to have a gun of some sort as protection against armed or even unarmed intruders” is asinine. Neither Mr Miller, nor any of the rest of us, want that. Firearms ownership is a matter of personal choice. And, just as some people should not have cars or children, some people should not have firearms. We would not push ownership on anybody; we expect the same freedom of choice in return.

If Mr Foote wants to see something “mind boggling”, he should compare the murder rates of individual States and major US cities to Canadian provinces and cities.

While the overall US murder rate is significantly higher than the Canadian national one (but dropping dramatically, despite record gun sales), several individual States have lower murder (and also, in fact, rape, robbery, and assault) rates than many Canadian provinces. It is the major cities, such as Chicago, Washington DC, New York, etcetera, that drive US national murder rates up. Those cities are rife with drug gangs – and have the most restrictive firearms laws in the US.

“One thing that Mr. Miller was careful not to point out is that in study after study, the presence of a firearm in a home increases dramatically the chance of having a homicide, suicide or accidental shooting happen.”

If there is “study after study“, I’d appreciate links to all of them, since this is not true. Mr Foote is most likely referring to the 1986 Arthur Kellermann study, which has been thoroughly trashed. Kellermann selected his sample improperly, applied shoddy methods, and then refused to allow his data to be reviewed by reputable criminologists. His later works also suffer from methodological errors.

Professional risk assessors – insurance companies – do not see firearms ownership as risky. The National Firearms Association (a Canadian organization) is able to offer its members, through Lloyd’s, $5,000,000 of liability insurance for only $9.95 annually – and Lloyd’s still makes a profit. See http://nfa.ca/nfa-insurance. How much car insurance can one buy for the same price?

Pretending that health and welfare organizations, such as the Children’s Defense Fund, are credible sources of firearms facts is foolish. Again, it is not usually necessary to fire a shot in order to dissuade a would-be rapist, robber, or murderer, so claiming that “For every time a gun in the home injures or kills in self-defense, there are 11 completed and attempted gun suicides, seven criminal assaults and homicides with a gun, and four unintentional shooting deaths or injuries” is a useless exercise.

Citizens of Chicago, Washington DC, New York, and many other major US cities live – and die – with murder and violent crime rates far, far higher than neighbouring jurisdictions. They are prevented from legally owning defensive firearms, and criminals know it.

Superior studies haves been done by such note-worthies as

Their works consistently demonstrate that those US jurisdictions that impose the fewest restrictions on private ownership of firearms and enjoy the highest rates of private firearms ownership have lower rates in all categories of violent crime than those that impose more restrictions.

I can guess what Mr Foote’s answer to “Do gun controls really work, that should be published sometime later this month” will be. It’s probably too late already, but he would be wise to do some decent research first.

“As for the issue of suicide”, Mr Foote has my sympathies, but suicide is means-independent. Those who are serious will simply substitute a different method if a preferred one is not available. I helped to direct, from a police helicopter, a couple of policemen to a fellow who intended to step in front of a freight train at about two o’clock one morning several years ago.  He just picked a different method in a more secluded place two days later and succeeded.

Just as the presence of a firearm will not guarantee life in a defensive situation, neither will the absence of one in a suicidal situation. Blaming firearms is a lot less effective than actually helping a person to deal with their suffering.