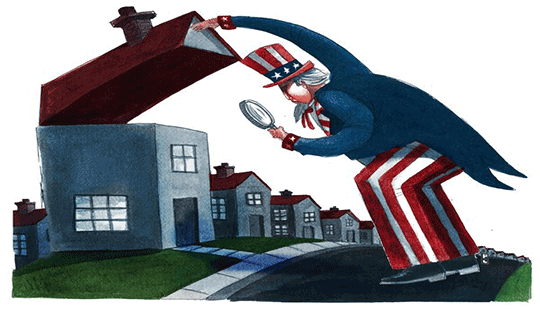 Constitutions, Charters of Rights and Freedoms, and Bills of Rights mean something under one and only one condition: when those in power choose to follow them.

There is not a government in the world that actually respects the documents created by those who founded those nations.  Here in Canada, the ink wasn’t dry on the Trudeaupian Nightmare, our Charter of Rights and Freedoms, when our politicians, police and courts began their assault on anything resembling freedom contained in that pathetic document.

In America, the Founders wrote what is arguably the most profound document in recent human history, the United States Constitution.  Yet even after all the Founders suffered to create a new nation founded on principle, that nation started its headlong plunge into tyranny not 10 years after the founding of the United States.

Today we think nothing of abusing a person and their cherished Rights and Freedoms if we think we can get away with it.  Canadians are routinely subjected to kangaroo courts and fined massive amounts for “hurting someone’s feelings”, not for actually committing a crime.  The Thought Police are on the march and we mere citizens are not faring well against them.

Take the recent revelation that the United States Government intercepts and records ALL digital communication.  In an interview on CNN former counter-terrorism agent Tim Clemente basically admitted any phone conversation in America was available to US law enforcement.

BURNETT: Tim, is there any way, obviously, there is a voice mail they can try to get the phone companies to give that up at this point. It’s not a voice mail. It’s just a conversation. There’s no way they actually can find out what happened, right, unless she tells them?

CLEMENTE: No, there is a way. We certainly have ways in national security investigations to find out exactly what was said in that conversation. It’s not necessarily something that the FBI is going to want to present in court, but it may help lead the investigation and/or lead to questioning of her. We certainly can find that out.

BURNETT: So they can actually get that? People are saying, look, that is incredible.

CLEMENTE: No, welcome to America. All of that stuff is being captured as we speak whether we know it or like it or not.

Couple this massive invasion of privacy with the FBI’s flyer distributed to “help” us find “terrorists” in the internet cafes of America which says you are a suspected terrorist if you:

How can a rational human being come to any other conclusion that this: the government cannot be trusted?

Given the power of the state to violate our Right to Privacy at will and with impunity, I put it to you that a person is off their rocker if they do NOT use encryption to protect their private communications (and all other personal data as well) and hide their internet use history from the prying eyes of Big Brother.

There are lots of tools out there to help with this process.  Here is an article I wrote about one piece of software that can help: Protecting Your Internet Privace: Auto-Hide IP Software Review, and there are others, like the TOR Project, GPG for Windows, etc.