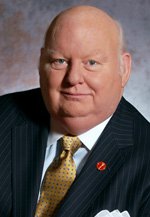 Mike Duffy, my old colleague from CBC’s Ottawa Bureau, is the latest failure of the Conservative government of Prime Minister Stephen Harper who appointed him.  He is not the most important because one man can only spend so much on himself. However, he is symbolic; symbolic of the surprising fact he is not alone among policy failures.

Canadians think of the Conservatives as being competent stewards of the national economy and the public purse. We can now see, in the flesh so to speak, that public money has gone to the wrong places, that public policy is in disarray and that the country is heading in the wrong direction. Our Prime Minister is currently en route to, of all places, Peru; a country most Canadians would have difficulty finding on a map. He is doing so in the mistaken belief free trade will help Canada in the 21st Century.

In fact, free trade has gutted much of Canada’s manufacturing sector, destroying hundreds of thousands of well paying jobs in Quebec, Ontario and British Columbia. The current Ford Fiesta, for example, comes to us from Mexico where labour rates are a fraction of those in Brampton or Oshawa. That’s great for Mexico; not good for Canada, which has to allow them in duty free because of NAFTA.

Let’s, for a moment, accept the argument Canadians should be hewers of wood and carriers of water. Let’s agree selling our resources to the highest bidder is better than using them ourselves. What do you make of the Federal Government’s refusal to call the Northern Gateway Pipeline a national defence project and scrap all the environmental and land claim impediments currently in its path? If we are to sell our oil to China, why aren’t we moving it to BC? Who’s job is it to get it there? Who, not to put too fine a point on it, is in charge in Ottawa?

You can’t have it both ways Stephen; if we are going to live on oil exports, we need to export oil. There is no way to dodge this one; flying off to Lima isn’t going to help.

President Eisenhower created the U.S. Interstate Highway System by calling it a ‘defense project.’ In fact the actual name of the system is the Dwight D. Eisenhower National System of Interstate and Defense Highways. Prime Minister Harper could have done the same thing with the pipeline, but he has not. I’ll bet the idea never occurred to him.

But there’s more. Canada is currently importing more than half a million foreigners every year as refugees, immigrants, temporary foreign workers and through inter-company transfers. Why? For what purpose? Is this open-door immigration policy, the highest per-capita in the G8, not creating direct competition with native-born workers? Does it not depress wages? Does it not hamper automation of labour-intensive industries?  Well, of course; but hey, it’s the federal government’s policy and, as we are repeatedly told, Conservatives know what they’re doing with the economy.

Still more. What on earth is going on with our defence procurement programs?  Our fighters are grossly. shamelessly over budget. Our northern patrol craft cost more to design that it cost Norway and Denmark to build! Accountability? This is just waste, waste, waste and gross incompetence.

Canada could build its own fighter aircraft cheaper and better than the F-35 but the federal Conservatives have laughed off the idea. Well they might since they were the ones who killed the original Avro Arrow back in 1959 and threw 15,528 people out of work in a single day. Don’t think we haven’t forgotten that day in Canadian history.

Mike, my old buddy, you’re a piker compared to Peter MacKay. If you want to see a real drain on the public purse trot over to National Defence (which should be called National Expense) and watch them do it over there.

There are more examples of Conservative economic failure but I’m starting to beat a dead horse. Conservatives across the Canada must be wondering who to vote for in the next election.

Since we no longer have a conservative party in Canada or a Conservative government in Ottawa. We have another bunch of Liberal free traders, another group of carpetbaggers sellout us out.
© Frank Hilliard, 2013 Reprinted with Permission
[hr]

Note: For more reading on the later question, here’s a link to the Ludwig von Mises Institute and an article on free trade. Note particularly this paragraph:

Under a system of completely free trade, capital and labor would be employed wherever conditions are most favorable for production. Other locations would be used as long as it was still possible to produce anywhere under more favorable conditions. To the extent to which, as a result of the development of the means of transportation, improvements in technology, and more thorough exploration of countries newly opened to commerce, it is discovered that there are sites more favorable for production than those currently being used, production shifts to these localities.