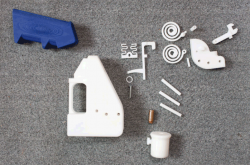 Earlier this week Cody Wilson, the founder of Defense Distributed, made history by creating a single-shot firearm using a 3D printer and then firing it.  Personally, I find this absolutely fascinating and a marvel of human ingenuity.

Wilson, often referred to in the press as “the radical libertarian and anarchist founder of Defense Distributed” successfully designed a .380 calibre, single-shot handgun named “The Liberator”.  The only metal part is the firing pin.

Fifteen of the 16 pieces of The Liberator were created using 3D printer plastic. Wilson estimates it took 24 hours to print all the pieces, with the largest part taking roughly 10 hours. The only piece not 3D-printed was the firing pin, which is metal.

Until this milestone, Wilson’s claim to fame was creating and distributing the designs for various gun parts such as silencers, magazines for an AK-47 and even parts for the AR-15.

Wilson is a staunch 2nd Amendment supporter and for him, those aspects aside, his Wiki Weapons project (Defcad.org) is more about protecting Freedom of Speech on the Internet.

That he is vilified in the press as “the radical libertarian and anarchist founder of Defense Distributed” which tells me all I need to know about Cody Wilson.  He’s one of the good guys who fully comprehends the definition of a Right.  He clearly understands what Freedom and Liberty mean.  The same certainly cannot be said of his detractors, statist thugs all.

“If we truly believe information should be free, that the internet is the last bastion of freedom and knowledge, and that societies that share are superior to societies that censor and withhold, then why not guns?” 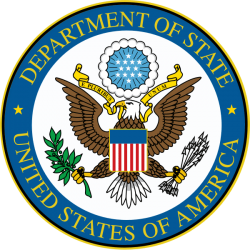 Senator Charles Schumer (Dem-Moron) was outraged that now any individual could “open a gun factory in their garage.”  Only tyrants despise firearms in the hands of decent citizens, and Shumer is nothing if not a tyrant-wannabe.

Steve Israel (Dem-Moron) begged for an update to the 1988 “Undetectable Firearms Modernization Act” which makes it a federal offense to “manufacture, import, sell, ship, deliver, possess, transfer, or receive” any type of weapon that is undetectable by an airport metal detector.

Since it’s already illegal to do these things, the only answer for Steve Israel is make it “more” illegal.  Yeah, that will solve things!

Steve Israel went on to whine,

“Security checkpoints, background checks, and gun regulations will do little good if criminals can print plastic firearms at home and bring those firearms through metal detectors with no one the wiser. When I started talking about the issue of plastic firearms months ago, I was told the idea of a plastic gun is science-fiction. Now that this technology appears to be upon us, we need to act now to extend the ban on plastic firearms.”

That said, why is the answer for the Haters of Liberty always to BAN whatever instills fear in their hearts?

Fortunately, the Internet makes it impossible to ban the 3D-printable firearm.  With over 100,000 copies downloaded in the 24 hours and copies now distributed by PirateBay, arguably the largest file-sharing site on the Internet, this genie is out of the bottle and she isn’t going back in.  (Just look for it in Pirate Bay’s 3D-printing category.)

Defense Distributed received over 540,000 users to its website just within two days of releasing The Liberator’s design and its video revealing the gun has over 2.8 million views on YouTube.

That said, given the cost of 3D printers this technology isn’t for the average person.  With an entry-level printer running around $8,000 there’s little fear of Average Joe building “a gun factory in their garage” as Chuck Shumer whined.

None of this stopped the US State Department’s Bureau of Political-Military Affairs from stamping their heavy hand all over Defense Distributed and their Wiki Weapons project, however.

On Thursday, Defense Distributed founder Cody Wilson received a letter from the State Department Office of Defense Trade Controls Compliance demanding that he take down the online blueprints for the 3D-printable “Liberator” handgun that his group released Monday, along with nine other 3D-printable firearms components hosted on the group’s website Defcad.org.

The government says it wants to review the files for compliance with arms export control laws known as the International Traffic in Arms Regulations, or ITAR. By uploading the weapons files to the Internet and allowing them to be downloaded abroad, the letter implies Wilson’s high-tech gun group may have violated those export controls. 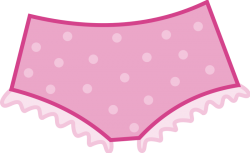 “Until the Department provides Defense Distributed with final [commodity jurisdiction] determinations, Defense Distributed should treat the above technical data as ITAR-controlled,” reads the letter, referring to a list of ten CAD files hosted on Defcad that include the 3D-printable gun, silencers, sights and other pieces. “This means that all data should be removed from public acces immediately. Defense Distributed should review the remainder of the data made public on its website to determine whether any other data may be similarly controlled and proceed according to ITAR requirements.”

As a result of this letter Cody Wilson and Defense Distributed are complying as best they can.  They are removing the files from their website, DefCad.org, with the following notice at the top of their homepage:

“DEFCAD files are being removed from public access at the rest of the US Department of Defense Trade Controls.  Until further notice, the United States government claims control over the information.”

Isn’t that just like a tyrant… steal the intellectual property of the creator and claim ownership or, as happened here, claim that it’s “illegal” for the creator to possess as well.