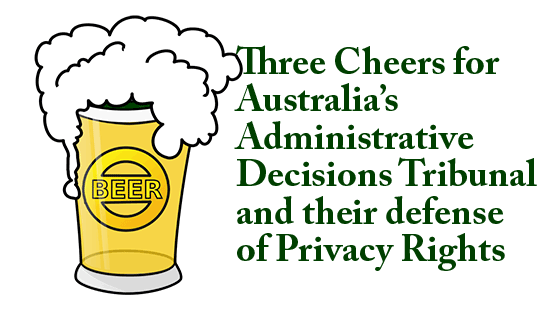 It’s astounding to see the Australian town of Nowra’s network of CCTV cameras shut off because they violated the privacy rights of its citizens.

Shoalhaven City Council violated several parts of the Privacy and Personal Information Act and as a result, they were ordered to shut down their CCTV network.

Oddly, all it took was a single complaint from a citizen to spark the shutdown.

After allegations made by a member of the public, only identified as SF, that the council had used its CCTV cameras to obtain personal information from him, the council was ordered to refrain from any conduct or action in contravention of the act.

The Administrative Decisions Tribunal also ordered the council to render a written apology to SF for the breaches and advise him of any steps to be taken by council to remove the possibility of similar breaches in the future.

Now that the Rights of its citizenry are re-asserted, is it any wonder the town mayor is having a hissy fit over the shutdown?

Shoalhaven Mayor Joanna Gash said she was disappointed with the tribunal’s decision to turn off the cameras.

‘‘Council will need to wade through the details of the judgement and discuss where to go from here,’’ Mayor Gash said.  ‘‘I believe that the law seems to be making it extremely difficult for councils to help the community and police reduce crime.’’

Ah, there it is.  The pathetic mewling voice of the Great Nanny State whining that it’s overreaching wings were clipped.

If we would just give up a little privacy for the sake of security, they cry, then Big Brother, er Big Sister will better take care of us.

Video cameras don’t reduce crime.  At their absolute best all they do is document crime.  Big difference, and one ditzy Mayor Gash really ought to learn.

I commend Australia’s Administrative Decisions Tribunal for its decision in favour of Australians Rights and Freedoms.  I’m sure the good citizens of Nowra are thrilled that Big Sister’s tentacles were clipped, if only a little.

I must equally condemn Shoalhaven Mayor Joanna Gash for her eagerness to violate the rights of her citizens; rights she ought to protect instead.

Can you imagine Canada’s Supreme Court protecting our Rights and Freedoms in this manner?

And what about our many Kangaroo Courts, otherwise known as Human Rights Commissions and Human Rights Tribunals?  Would they protect our Rights and Freedoms?

Not a chance.  Unless, that is, you hold an “approved” opinion.