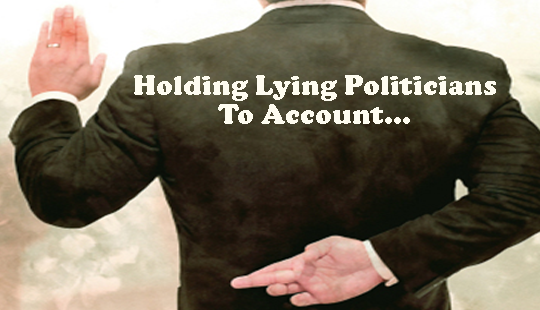 I discovered a brilliant documentary from Britain titled “Ministry of Truth.” The filmmaker, Richard Symons, is appalled that politicians can lie to the public with impunity.

He wanted to bring their rampant hypocrisy to light and interviewed numerous British politicians for the documentary.

He starts by asking each politician where they derive their power.  “From the electorate” is the near-unanimous answer.  They readily admit their power is ceded to them by we “mere citizens.”

Then he asks a simple question.

“How do you feel about making it a criminal offense for politicians who lie?”

These same politicians suddenly aren’t so fond of the idea and come up with rationalization after rationalization on why that is not necessary, that politicians are already accountable.  When faced with the fact that only on Election Day, 1 day every 4 years, is a politician accountable to the electorate, they rationalize madly about how the system is self-correcting, that ministers who lie pay a terrible price.

Uh huh.  They’re shuffled off to another portfolio or moved to the back of the room for a few weeks until the media storm abates.  Sounds like a “self-correcting” system to me. 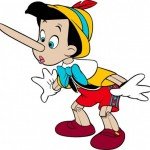 One politician just sat there in silence, staring at the interviewer, dumbfounded that anyone would dare propose such an idea.

Symons actually found one sitting MP willing to take his proposed legislation forward.  That in itself is astonishing.

What follows is not.

The entire British Parliamentary System rose up and did everything it could to prevent legislation making it a crime for a politician to lie.  Needless to say, despite his valiant efforts, Symons’ legislation went nowhere.

This brought me back to Canada and how we deal with lying politicians.  If we want to hold them accountable to the people we must take them to court, as Montreal’s Mount Sinai Hospital Center did in 1991.  The Minister of Health made a promise to them.  He reneged a short while later.  They took him to court.

It took 10 long years, but in 2001 the Supreme Court of Canada ordered Quebec’s Minister of Health to honour his promise and issue the permit the hospital had been assured they would receive in writing.

The man actually responsible for the broken promise had long since left office… to a healthy retirement package paid for by we mere citizens.

Yes, we also foot the tab for both sides of the legal battle that lasted 10 years, but that’s another story entirely.