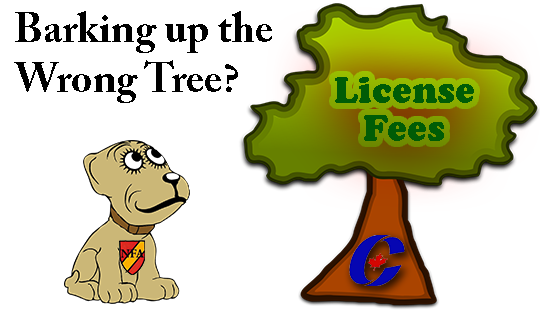 “Charging a fee for people to avoid a criminal charge is simply wrong.”

While that may absolutely be true, it’s also a policy long-established and accepted by Canadians and, more importantly, by Canadian legal precedent. 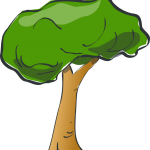 Barking up this tree is only going to make the NFA look bad both to media and politicians, the two groups Sheldon Clare presumably hopes to influence.  Worse, it’s a fight he and the NFA cannot possibly win.

License:
1 a: permission to act; b: freedom of action;
2: a permission granted by competent authority to engage in a business or occupation or in an activity otherwise unlawful.

A license (what I lovingly call a “government permission slip”) is the legal defense to a crime.  This is not new to the Firearms Act; this is true for practically every industry regulated or controlled in some fashion by government or government-approved bodies.  For example,

All the licenses mentioned above and hundreds more all come with a fee.

Governments at all levels have a long history of creating crimes and then adding a (revenue-generating) legal defense to those crimes called a license.

While, in the case of firearm owners, this license is sold to the uneducated masses as a “public safety measure”, the reality is quite different.  Is “public safety” really enhanced by forcing firearm owners into a training course and exam that any 7-year-old can pass if he or she pays a modest about of attention?  Of course not.

The practical aspect of a license has nothing to do with its purported purpose, “public safety”.  A license under the Firearms Act is, like a license in any other policy area, is intentionally designed as a barrier to entry.  You cannot (legally) participate in any shooting sport or hunting tradition until you take the firearm safety course, pass the exam and lastly, pay the required fee.  The ONLY reason both Liberal and then Conservative governments waived the fees for a firearm license was to remove one of those three barriers to entry.

It’s astounding how successful Canada’s firearm license is in its role as a barrier to entry.

When the licensing scheme first came into effect the Canadian Firearm Center proudly claimed the program a success after 3.1 million Canadians obtained their firearms license.  Just 15 years later there are only 1.9 million licensed firearm owners according to the most recent numbers from the Canadian Firearms Centre.  (Just don’t ask the government where the firearm transfer authorizations are for the millions of firearms owned by those now-disappeared firearm owners!)

The barrier to participation in Canadian cultural traditions is stunningly successful by any measurable standard except those of we mere citizens, also known as Canada’s law-abiding firearm owners.

At one time we had Olympic Gold Medal shooters… now we are but a blip on the international shooting competition radar screen, barely noticeable at all.

Hunting was a way of life for millions of Canadians for centuries, now tell someone you’re a hunter and you are likely viewed with more disdain and distaste than a child molester (who actually has more rights under Canadian law than a licensed firearm owner).

Sheldon Clare goes on to complain:

“This is more of a protection racket than good criminal law. The license effectively amounts to a coerced get out of jail free card, and paying for it is much worse than a tax.”

While I don’t disagree that licensing firearm owners is little more than a “protection racket” designed to fleece law-abiding firearm owners of their hard-earned cash, Clare also unwittingly explained precisely what a license is: “a get out of jail free card” or as I described earlier, a legal defense for a crime.

A firearm license is our legal defense to the crime of firearm possession as more than one Canadian firearm owner has learned the hard way when a SWAT Team descended upon him the day after his firearm license expired.

On that day you are a criminal and are subjecte to the full force and weight of the law… all because a piece of paper has the wrong date on it.

It’s not that you suddenly became a violent and deranged lunatic the day after your firearm license expired. That’s got nothing to do with it.  Neither does common sense, apparently, since instead of a simple phone call saying, “Hey Joe, looks like your firearm license expired.  Have you sent in your renewal form?” the Canadian Firearm Center sends one or more SWAT Teams instead.

A simple phone reminding Joe Gunowner that his license expired would be too simple and logical.  It would also make firearm crime statistics look bad and in today’s gun-hating political climate it’s all about making statistics look “proper” to the press and public.

All that said, I think this press release from the NFA is nothing more than a publicity stunt aimed at getting people to write about them, to make it appear like they’re doing something.

This is the very first time I’ve written about the NFA since resigning as Editor of their membership magazine Canadian Firearms Journal when the NFA board voted unanimously NOT to support the Bruce Montague case, a case I’d written in support of in practically every issue of the Journal since taking on the editor’s job.

Prime Minister Harper, no matter what you may think of him, is no fool.  If you believe he didn’t consider the political cost of re-instating fees for firearm licenses then you’re simply not paying attention.  Harper doesn’t do anything without first considering the political cost.

That he’s willing to alienate licensed firearm owners tells me we are unimportant to his re-election plans.  Politically, 1.9 million votes spread across the nation are of no value to the Conservative Party of Canada.

That should send a message loud and clear to all Canadians who value their Rights and Freedoms.

My suggestion for Sheldon Clare and the NFA, as well as any other pro-freedom groups out there is simple:  motivate your members, your friends and your family to make their individual voices heard by our elected representatives.

Letters piled on the desks of Conservative Members of Parliament will, for they represent the one thing Prime Minister Harper and every one of his Conservative MPs covet most: votes.

Once Harper and his MPs realize this issue will actually cost votes, and more importantly that treasured majority government Harper now enjoys, then and only then will the Conservatives do what we want.

Remember Bill C-30, the Conservative government’s bill that would make warrantless searches of internet service providers legal, among many other freedom-depriving things?   That bill was ripped from the table within months for one simple reason: Canadians made it clear that passing Bill C-30 would cost the Conservatives votes.

There’s a lesson there for firearm owners.  The question is, are we willing to learn it?

More importantly, will we each individually act upon it?