Thomas Paine wrote, in one of his famous Cato Letters, the following statement:

He who dares not offend cannot be honest.

Thomas Paine lived in a time where honesty was a valued commodity. The notion that truth was not relevant never occurred to Paine and nor should it. 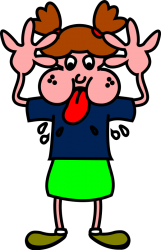 No, in our world offending someone, anyone, is the greatest offense possible.

Take, for example, the case of Mischa Popoff, a man currently running for election in the BC provincial riding of Boundary-Similkameen. Until a few days ago he was a candidate for the BC Conservative Party. Today he is running as an independent after being “fired” by the supposedly conservative party leadership.

Mischa Popoff has strong opinions on Family and on the Missing Women Inquiry, a colossal waste of taxpayer dollars that resulted in, well, absolutely nothing.

About Family Mr. Popoff says this:

We should not promote kids being raised by single parents. Kids are always better off with two parents, and it matters not what their genders or sexual orientation might be. Statistics show that mothers who end up single – through no fault of their own, either through divorce of death of a spouse – do well as single parents. My mom is one such parent. But mothers who enter into parenthood knowing they don’t have a spouse, this is very bad for a child’s upbringing. 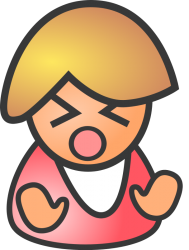 About the Missing Women Inquiry Mr. Popoff says this:

The Missing Women Inquiry was not only a complete waste of time, but was also an insult to all those missing women, their families, and all future women who might go missing. Not a single cop was fired, reprimanded or demoted. Cops were fired when Robert Dziekanski was killed with a Tazer. But 49 women go missing and turn up dead, and no one on the Vancouver Police Force suffers any consequence whatsoever. This is, I would argue, the definition of a waste of time.

What the so-called “leaders” of the BC Conservative Party did NOT do was say Mr. Popoff was incorrect. That was intentional, since Mischa was right on both counts. (See Frank Hilliard’s article Liberal Media Claims Another Scalp)

Pointing out that minions of the state poured millions of tax dollars into an inquiry that resulted in absolutely nothing makes those minions look bad. 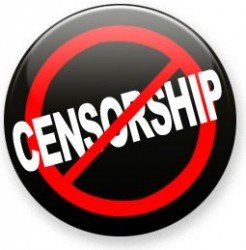 Speaking the truth, based on verifiable government statistics, that kids are better off when they have two parents makes all those “progressive” folks look like the idiots they are.

Thomas Paine understood deeply that in order to discuss an issue, someone will inevitably take offense with the position of another. Does that mean we should not speak the truth?

Of course not. The very notion is absurd!

When self-professing conservatives like the BC Conservative Party put political correctness ahead of actual conservative principles we all lose.

Canada in the 21st century values “feelings ” not honesty as evidenced by the BC Conservative Party’s absurd action against Mischa Popoff.

If you live in the provincial riding of Boundary-Similkameen and believe in conservative principles then elect Mischa Popoff to represent you in Victoria. He’s running as an independent and needs your support.

It’s imperative we have at least one true conservative in Parliament, don’t you think?