RCMP Constable Andy Yung is a real piece of work. And by that I mean he is the type of man we really don’t want patrolling our streets armed with a badge,  a gun and the power to do as he pleases. 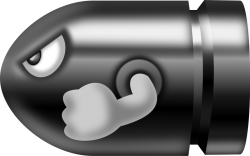 He first hit my radar a few years ago when in a drunken fit he fired his service pistol through the ceiling of his hotel room.  At the time he was one of a supposedly select group of RCMP members providing security to the 2008 Conference of Defence Ministers of Americas.

His rationale for his drunken stupidity with his sidearm was a fight with his girlfriend.  Ex-girlfriend, actually, and I can only imagine how he treated her given how responsible he is whenever he makes the news.

As I wrote on April 9, 2011 in my article titled “Canada’s Two-Tier Justice System is Alive and Well… one for the RCMP, one for the Rest of Us”

Gotta love Canada.  The land where RCMP constables commit crimes with impunity, crimes that would garner any mere citizen with a lengthy prison sentence.

Take, as today’s example, the case of RCMP Constable Andy Yung.  For his crime, firing his service pistol and launching a round through the ceiling into the room above him while he was providing security at the 2008 Conference of Defence Ministers of Americas, he’s been sentenced to… wait for it… zero jail time, an absolute discharge, NO firearms prohibition and he will be docked a whopping 5 days pay.

One more time, the RCMP and our so-called justice system disgusts me.

Any “mere citizen” would be sitting in a prison cell for a very long time, but not one of the celebrated red serge.  RCMP Constable Andy Yung, being of the privileged class, found himself reassigned to Williams Lake, BC, instead of receiving the pink slip he clearly deserved.

In my next article about the good constable aptly titled “RCMP Constable Andy Yung: Reason #2 to Dump the BC RCMP” I wrote the following:

Then he beat the crap out of a young native girl already handcuffed in the back of his police cruiser.

Yes, Constable Andy Yung is a real piece of work.

But he’s not guilty of Police Brutality, even though he fully admitted in court that he punched Jamie Haller in the face while she lay handcuffed in the back seat of his police cruiser.

Because the judge decided a lying, CPIC-abusing and negligent-discharging-of-a-firearm-while-drunk RCMP constable is more believable than a drunk handcuffed native girl.

Some things just don’t change when it comes to the courts and the bad apples of the RCMP.

Constable Yung had best take the good judge out to dinner or perhaps buy him a big bottle of his favourite alcoholic beverage… because if it were up to a jury of his Williams Lake “peers”, I’m sure Andy Yung would be in prison right now.

Instead he’ll be reinstated to active duty and be patrolling those very streets with his badge, gun and the power to do whatever he pleases.

The judge sure didn’t.