Frederik Bastiat, in his classic “The Law”, wrote:

How true these words are, yet they’re miles and miles from our current reality.

Today governments decree what we may own, do, be, and which government permission slips are required for each and every one.

They also cannot be tracked.  Something to consider… 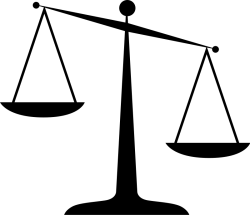 What, then, is law? It is the collective organization of the individual right to lawful defense.

Each of us has a natural right — from God — to defend his person, his liberty, and his property. These are the three basic requirements of life, and the preservation of any one of them is completely dependent upon the preservation of the other two. For what are our faculties but the extension of our individuality? And what is property but an extension of our faculties?

If every person has the right to defend — even by force — his person, his liberty, and his property, then it follows that a group of men have the right to organize and support a common force to protect these rights constantly.

Thus the principle of collective right — its reason for existing, its lawfulness — is based on individual right. And the common force that protects this collective right cannot logically have any other purpose or any other mission than that for which it acts as a substitute.

Clearly we are a long way from Bastiat’s ideal, for “the law” today is used primarily to abuse our fellow citizen.

Try, for example, defending your own life against armed and murderous aggressors and you will quickly find out who is placed in the docket.  Not the murderous criminals but that delusional “mere citizen” who believed it is both his Right and his Duty to protect himself and his property with force.

Ian Thomson of Port Colbourne, Ontario, is one such man.  The mere act of defending his life against immediate and deadly threat was deemed a crime by second-guessing police who despised Ian Thomson’s ability to defend himself. 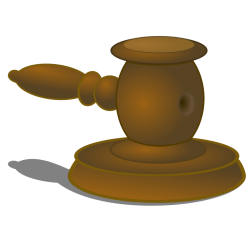 “He accessed his firearms ‘too quickly’ for them to be stored according to the law,” is essentially what Ontario Provincial Police and Crown prosecutor Bob Mahler decreed.  He then proceeded to penalize Thomson with the full force and power of government prosecution to prove his point.

He failed, yet his mission was accomplished nonetheless.

The Process Is The Punishment means simply that despite losing the actual legal case, the government won by forcing Ian Thomson to defend himself in a court of law at great personal and financial expense.

That he did nothing wrong is entirely beside the point.

Bastiat makes it clear there is no collective right or duty except that which protects the individual right, since that’s from where all collective power derives.

Each of us has a natural right — from God — to defend his person, his liberty, and his property.

The individual has the right to defend himself.  This is excruciatingly clear.  So clear you would hope even the Diane Feinsteins of the world could comprehend.  Sadly, Feinstein herself believes in the right only so long as it applies to herself, a thought I will expand on in another article.

The government has no duty whatsoever to protect any individual.

The government has no duty whatsoever to protect any individual.

As the good folks over at DefenseActions.com point out in their list of “dirty little secrets”,

The one that gets the most attention and even shocked reactions is when I point out that the police do not have to even show up if you call for help using the 9-1-1 emergency phone system.

This fact is incontrovertible and is supported by numerous US Supreme Court decisions stating precisely that.

“Gun control proponents have argued that Americans should give up their armaments and rely on the police to protect them.  Realistically, however, police forces are installed to patrol, maintain peace, and investigate crimes after the fact, not prevent the crimes. (Emphasis added)

In 1975, three women were raped, sodomized, and terrorized for fourteen hours in Washington D.C.  The police were called in the initial moments of the attack, and four cruisers were dispatched.  None of the victims was able to answer the door, and after five minutes, the officers left.  A second call received a promise of help on the way.  It was later determined that officers were never dispatched to answer the second plea for help.

Fortunately, the women survived.  Lawsuits followed, and in 1981 the Court of Appeals for Washington D.C. ruling on Warren v. District of Columbia, wrote that under American law the “government and its agents are under no general duty to provide public services, such as police protection, to any individual citizen.”

You cannot sue the government or the police for failing to protect you from crime. Whether liberal or conservative, almost everybody agrees that if there is one thing the government should do for the people, it should protect people from violent crime. Yet the law in most localities says that the government and police owe no legal duty to protect individual citizens from criminal attack.

You don’t hear this fact from the media and political figures. People are worried about violent crime, but the authorities just hand them a telephone number to call. After reading this book I hope people will understand that they have a right and duty to protect themselves from criminal attack, and that nobody else can really do it for them.

Despite this reality, what is the motto of most police forces across North America?

“To Serve and Protect”

They left out one word from that sentence, however… “ourselves”.

Officer Safety is the most-used phrase when it comes to dealing with armed and dangerous criminals.  It matters not who is caught inside with the deranged killer so long as the police outside are safe.  Once the mass killer has killed himself (after murdering all he can, of course) then and only then will police go in and assess the carnage.

There are the obvious exceptions. 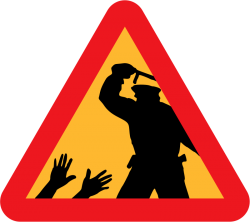 Former US Marine Jose Guerena comes readily to mind.  Jose had just come off the night shift at the local mine.  He’d been asleep all of two hours when his wife woke him and warned him there were men with guns outside.

There, as you may recall, a dozen or more brave Pima County SWAT Team members shot Jose over 70 times before daring to enter his family home, whereupon they left their victim bleeding out on the floor for over an hour.

Being courageous to a man they dragged Jose’s soon-to-be widow past her dying husband but refused to let her tend to him. Nor would they allow paramedics anywhere near him. It wasn’t “safe”, I guess, until he was dead.

This horror is, sadly, the natural outflow of taking Bastiat’s principle of individual rights and turning it on its head, then defecating all over it.

A monopoly of force, and by that I mean firearms in the hands of military and police only (and criminals), does not protect or guarantee individual rights or individual personal safety.

It guarantees, in fact, quite the opposite.

It guarantees the State can crush anyone it wants, anytime, anywhere.  It guarantees, as in Jose Guerena’s case, that the victims of state brutality have absolutely no recourse.  They are dead.

The State is always right, and it has the guns to back that up.

On top of that, they have, as I mentioned earlier, absolutely no duty to protect any individual, no matter the circumstances.

An unbiased look at the violent crime rates of Washington, DC, Chicago, Illinois, and other cities where firearms in the hands of we “mere citizens” is all but outlawed shows just how poorly this system works.

Politicians are utterly incapable of admitting this.

It is the individual’s right and responsibility, according to Bastiat, to ensure his own safety and security.  The entire foundation of the US Constitution speaks to this fact.  Each and every amendment to that venerable document speaks of an individual right, nothing else.

The United States Constitution does not contain any amendments for so-called “collective rights”.

On the bright side, some politicians at the local level comprehend the rightful role of government as Bastiat described it so well.

One small city is in the headlines right now because they dare do the right thing: i.e. protect the lives and liberty of their citizens. 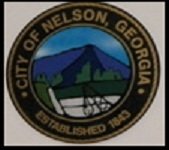 Nelson, Georgia, is a small town, but its elected representatives comprehend both Bastiat’s vision of Liberty and the US Constitution.

They, like Kennesaw, Georgia, did almost a generation ago, are about to pass an ordinance that makes it a crime for the heads of a household NOT to own a firearm.

The Family Protection Ordinance makes it mandatory for the heads of a household to own at least one firearm.

“Our government at the moment wants to take as much away from us as they can.”

Local Police Chief Heath Mitchell also fully endorsed the idea as a signal to the government:

“I think you all are showing the people that you’re in full support of the Constitution, and as far as the Second Amendment goes, that you stand behind it, you stand behind people’s rights.”

Nelson, Georgia, like Kennesaw did before them, will see their violent crime rate plummet through the floor, while the murder rates of Detroit, Chicago and Washington continue to rise.

Perhaps they should look to Frederik Bastiat’s “The Law” for a little guidance on how things work in the real world.