Christopher Robinson is a deadbeat dad.  He’s happy to jump in the sack but loath to accept the inevitable consequence of that act: a child.

Christopher Robinson is the type of man I despise.  He is by all accounts I can find thoroughly selfish, irresponsible and completely self-absorbed.

He is also stupid.

For over three years he failed to make a single child support payment despite the amount is miniscule: just $150 per month. 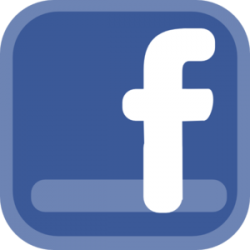 Then the idiot posted a photo on Facebook of himself showered in cash.  That photo led police and child services to charge him with three felony counts of failing to provide for his child.

The Milwaukee County District Attorney’s office has no tolerance for deadbeat morons like Robinson, and nor should they.  Now, while I despise the use of social networks for tracking ordinary citizens (see Facebook – The Best Friend Minions of the State Ever Had), I apparently have little issue with them using Facebook to harass deadbeat dads like Christopher Robinson.

“What we do in these types of cases is we try to find out from other family members whether there is other information we may not be able to know about,” Milwaukee County Chief Deputy District Attorney Kent Lovern told ABCNews.com.

Although Lovern said he could not talk specifically about Robinson’s ongoing case, he said,  “Facebook has become a repository for information that we may not … know about.”

Investigations into Facebook profiles must be initiated by a complaint, Lovern said.  When there’s enough evidence to suggest a sufficient level of probable cause, the DA  can then ask the court to order Facebook to grant access to a Facebook profile.

Investigators can then look for details on whether a person has been misleading about his or her  lifestyle, Lovern said. For example, said Lovern, “Someone who claims to not have  resources to make their payments, actually does have resources.”

While it’s not known exactly whose money Robinson had displayed in his Facebook photos, or how he might have come to acquire such sums, the images allowed the district attorney’s office to obtain a search warrant to investigate further.

“It is an investigative tool,” Lovern said of Facebook. “It can be effective in assisting in the investigation and prosecution  of certain criminal targets.”

If Christopher Robinson is stupid enough to a) not pay child support and b) post photos of himself surrounded by cash then he deserve everything he gets.

And he won’t get any sympathy from me.