On December 4th, 2012, I wrote an article titled “30% of Americans are Nanny State Sheeple” in which I asked the question

What’s become of the “Greatest Nation on Earth”?

What is so distressing about that statistic is it shows just how far America has fallen from the Land of the Free, Home of the Brave.  As I wrote in that article, 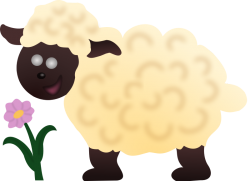 What has happened to the fabric of America, that former bastion of Liberty and Freedom, when this many Americans would willingly submit themselves to cavity searches, stun bracelets and sexual assault by government agents just so they can hop on an airplane?

I find it ironic that a few short weeks after writing that, a study asking Canadians if they are willing to give up any of their Liberty for Freedom should come out…

The poll, conducted by Leger Marketing on behalf of the Association for Canadian Studies (download presentation) showed Americans and Canadians were pretty much equal when it came to their willingness to be terrorized by the State if it meant they could feel more secure.

Jack Jedwab, executive director of the Association for Canadian Studies, came to the very dubious conclusion that

“Canadians are very protective of their rights. They value their rights to a considerable extent and are reluctant to make compromises.”

That’s a very generous interpretation of the data.

While newspapers across the nation trumpeted how “Most Canadians not willing to give up civil liberties to combat terrorism,” the politest thing I could say is that these newspapers took great liberty with the definition of the word “most”.

Sixty percent is hardly “most”.  It’s barely a majority.

Thirty-one percent of Canadians said they were willing to give up their liberty for the illusion of security.  That’s almost one third of the nation!  Eleven percent of poll respondents chickened out completely, saying they didn’t know (9%) or didn’t want to say (2%). 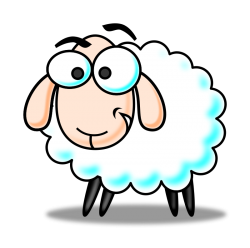 When 31% of Canadians are willing to give up their Rights and Freedoms just so they can “feel” secure, I have to wonder what’s happened to the fabric of our great nation.

As for “most” Canadians… not by a long shot… Which means the task of educating our fellow Canadians about the importance of our Rights and Freedoms and why we must defend them against all enemies, foreign and domestic,  may just be a wee bit bigger than originally thought.

Spreading the word about the Canadian Rights and Freedoms Bulletin is one small way you can help me educate our countrymen and women about what we’re losing, what we have already lost, and the battles we face in defending our Rights.